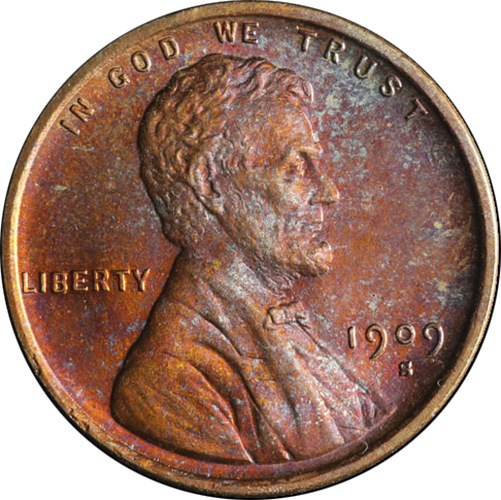 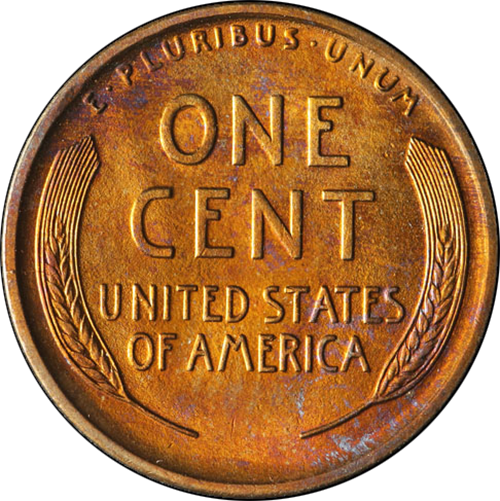 The Wheat Penny or Lincoln Wheat Penny was originally released on August 2, 1909. People were intrigued about their new cent coin because the mint did not release any pictures of the Lincoln Cent before the release of the actual coin. The mint sent out what was believed to be a sufficient amount of Lincoln Wheat Pennies, but the morning of August 2 proved their predictions to be astoundingly wrong. With long lines outside of each treasury to buy the new Lincoln cent the U.S. Mint was overwhelmed!

The Lincoln Cent's obverse design consisted of a profile of President Lincoln, the side profile was inspired by a photo taken on February 9, 1864. On the reverse of the coin a wheat stock was featured on each side and the words “ ONE CENT” were in-scripted. The wheat stock featured on the coin is the reason why the Lincoln Cent coin got its other name, the Wheat Penny. The designer of the Lincoln Wheat Penny was Victor D. Berner.

The Wheat penny was minted from 1909-1958 in Philadelphia, Denver, and San Francisco. Some of these Lincoln cents were also minted in 1909 with the initials “VDB” for the designer of the coin. If someone were to have this rare version of the Lincoln cent these initials will be found on the bottom of the reverse of the coin.