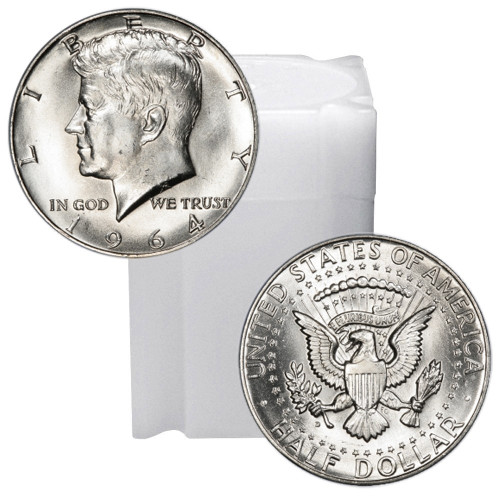 Most Americans who were alive in 1963 can still remember exactly what they were doing when they heard that President Kennedy had been shot. Just a few hours later, news reports told the nation and the wider world that the president had been killed.

This set contains twenty uncirculated coins in brilliant condition. They have an excellent luster and have been graded at MS63. Kennedy half dollars are highly sought after coins which are widely collected across America.

Gilroy Roberts and Frank Gasparro designed the 1964 Kennedy Half Dollar. It was minted in large quantities at the Philadelphia and Denver mints and was hoarded by the general public. The coin has a diameter of 30.61 millimeters and a weight of 11.50 grams.

The Kennedy half dollar was minted into the million in 1964, with a total of 273,304,004 coins being struck. This was far more than in other years.