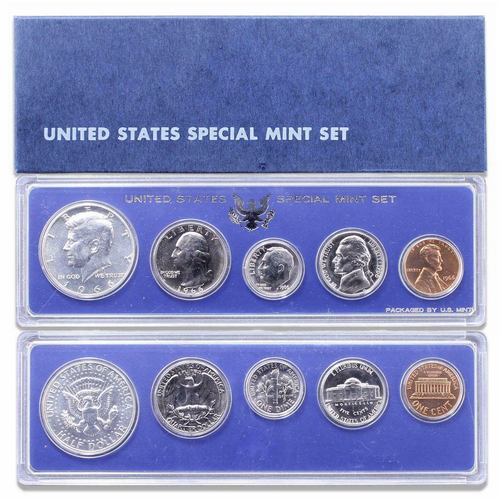 From 1965-1967, Proof Mint Sets looked a little different! Instead of the typical Proof Sets, the United States Mint introduced the Special Mint Set, made with coin collectors in mind. The uniqueness, low mintage, and exclusivity of these sets make them coveted pieces even all these years later.
These sets were created because the US Mint shifted the production of Proof Sets from the Philadelphia Mint to the San Francisco Mint. However, it took the Mint 3 years to get set up, so no regular issue Mint or Proof sets were released during that timeframe. Thus, the Special Mint Sets! Each set contains one Cent, Nickel, Dime, Quarter, and Half Dollar from that year of issue and in their original government Special Mint Set packaging. The 1966 issue was the second set ever made, and it belongs in your collection!
Highlights:
×