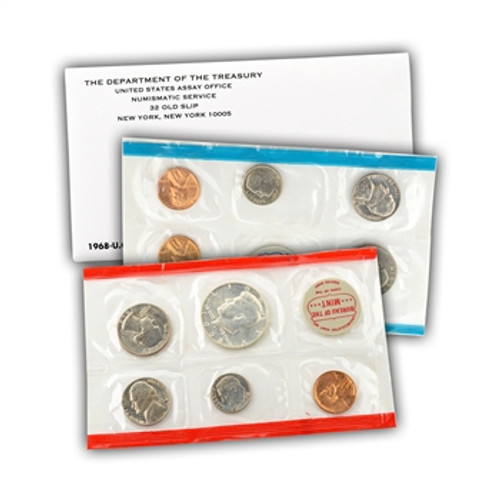 The United States Mint released the first Mint set in 1947. It was introduced to give coin collectors the opportunity to get every denomination and strike that were released into circulation each year. These were regular coins meant for circulation, but pristine and unblemished. They are packed together in official US Mint packaging to ensure and highlight the condition and authenticity of the pieces. This was the first Mint Set to return after the break from 1965-1967, when the Special Mint Sets were released instead. The break was due to the production of the Mint Sets moving from Philadelphia to San Francisco, and this 1968 set is the first one from the new facility!

2000 Proof and Mint Set - Turn of the Millennium