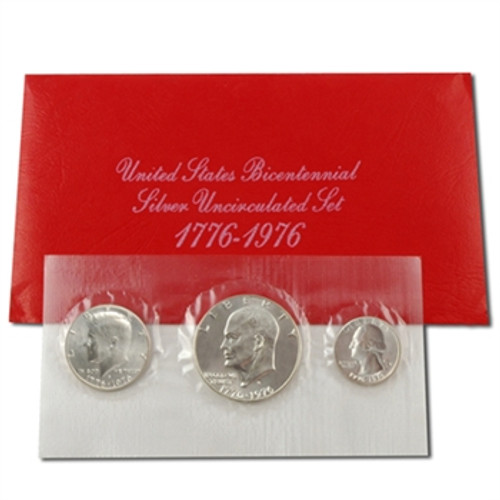 The Bicentennial Uncirculated Set was a revolutionary release. Celebrating the 200th Anniversary of the birth of the United States of America in 1776, this Uncirculated set was a once in a lifetime release! The Mint started making Uncirculated sets in 1947. They were introduced to allow collectors to acquire every denomination that was put into circulation but in pristine condition.

This uncirculated set contains a Washington Quarter, Kennedy Half Dollar, and Eisenhower Dollar all with the dates 1776-1976 struck on the obverse. They are sealed in protective plastic and packaged in red mint packaging. This is a great piece of celebratory Americana for all collectors both new and old.