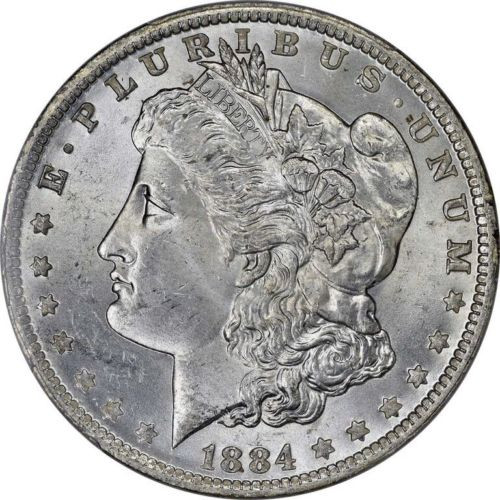 Morgan Silver Dollars were minted from 1878 to 1904, and once again in 1921. The delay between 1904 and 1921 was caused by a silver shortage in the U.S. that primarily resulted from World War I. When the war ended in 1918, the US passed the Pittman Act, which allowed our government to spend hundreds of millions of dollars to purchase and melt silver, and use the material to produce more coins. The Seated Liberty Dollar was the series before the Morgan Silver Dollar, and the Peace Silver Dollar was the series after, which began in celebration of our victory from World War I.

Each one of these 1884 New Orleans Morgan Silver Dollars is guaranteed to be in stunning brilliant uncirculated condition. This is even more remarkable when you take into consideration that the coin is 136 years old! The United States producing such a beautiful coin is no surprise. If you are looking to add one of these stunning coins to your collection, please feel free to reach out to Bullion Shark. Purchase this coin on our website or over the phone at (516-739-5822) by speaking with a numismatic expert on our team. Available now for only $57, this coin in a MS65 condition is worth $125, which is more than double the price you would pay for our brilliant uncirculated coin.