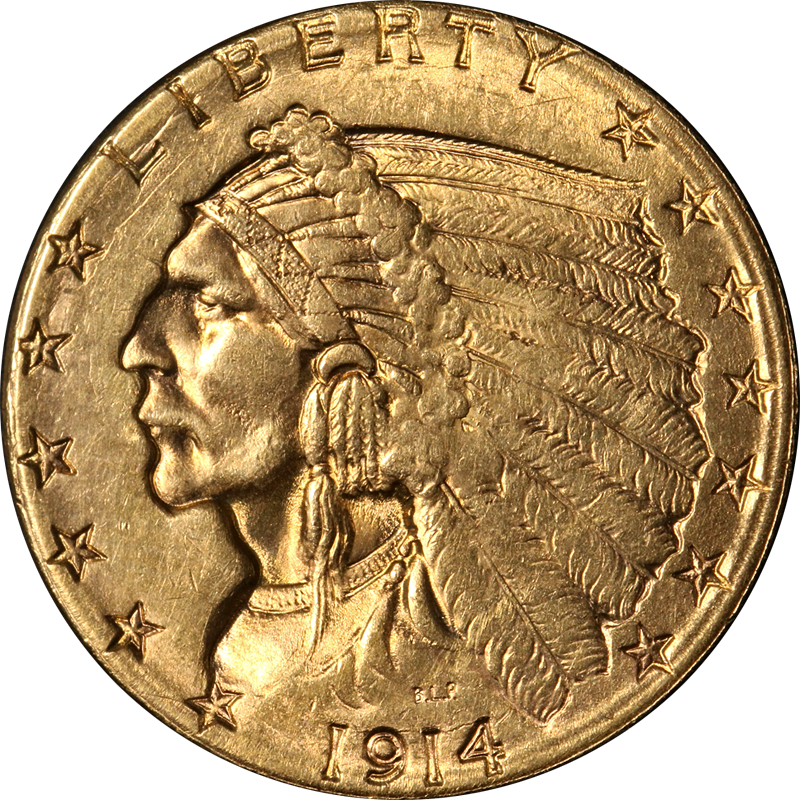 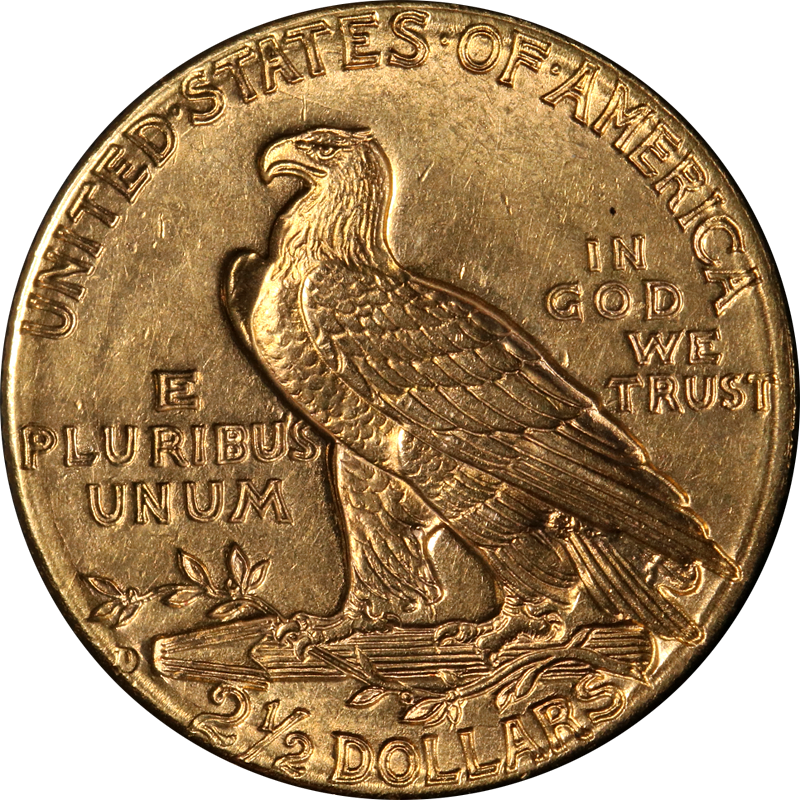 The Indian Head $2.5 Gold Coins obverse depicts a native American Indian wearing a headdress. Thirteen stars lie on the edge of the “heads up” side of the coin, along with the year minted and the initials “BLP” for the designer. The reverse of the Indian Head $2.5 Gold coin stands a proud eagle atop of a bundle of arrows and a branch of olive.

The Indian Head $2.5 Gold Coin was minted from 1908-1915, and again from 1925-1929. It was minted in Denver and Philadelphia. There is no mint mark featured on the Philadelphia minted specimens and is a Denver mint mark is located on the reverse left hand side of the coin under the olive branch that the eagle is perched on.

There are many key dates in the Indian Head $2.5 Gold coin series. In particular, the proof versions are incredibly expensive, most ranging $5,000 plus in proof 60 or better condition. Some of the major key dates in the series are as follows:

-All of the proof versions