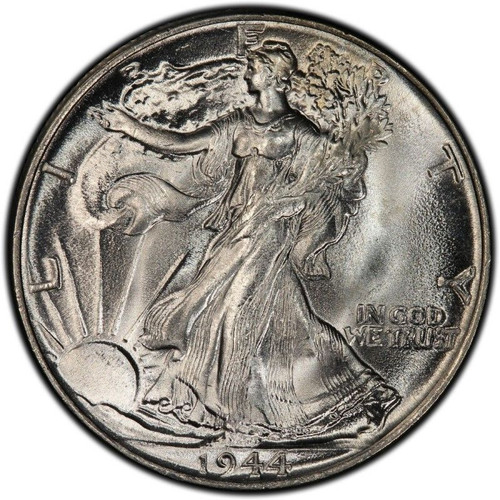 History of the 1944 walking liberty half dollar

The 1944 50-cent piece was created to replace the Barber half dollar. It would be the last re-design in the former president’s modernization project. Adolph Weinman, a German immigrant, designed the obverse and reverse of the famed coin. He is also the designer for the Mercury dime.

The walking liberty half dollar value comes from its striking appearance. It features Lady Liberty striding towards the sun on the obverse and the reverse, an American bald eagle perched on a rock. In 1944 coins were minted in San Francisco, Denver, and Philadelphia.

These coins had an “S” or “D” engraved on to identify the mint. The 1944 walking liberty 50-cent pieces minted in Philadelphia don’t have a mark. Walking liberty coins have a reeded edge that’s 30.6mm in diameter.