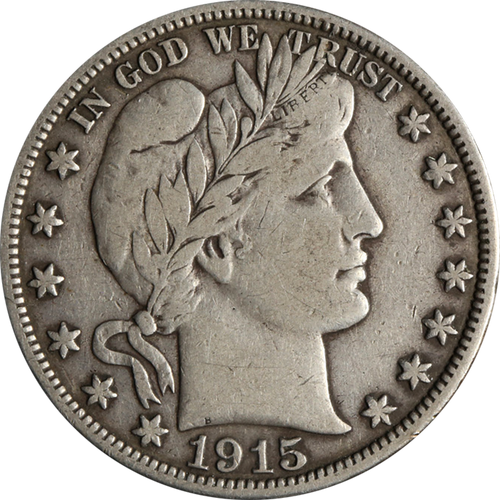 The Barber Half Dollar was only minted from 1892-1915 and replaced the Seated Liberty Design. After a contest was held by the U.S. Mint, a winner was selected and was awarded a cash prize, which led to the design of this coin! In 1916, the Barber Half Dollar was replaced by the Walking Liberty Half Dollar. This coin is best known for having much fewer minted than the Walking Liberty, Franklin and Kennedy Half Dollars making them far more rare and collectible. These coins are often found with holes or are damaged, but we have secured a deal of them that are problem free. We have a nice assortment of dates in stock, so you will receive a nice variety if you order multiple.

1892/1893 Columbian Half Dollar - The First Commemorative