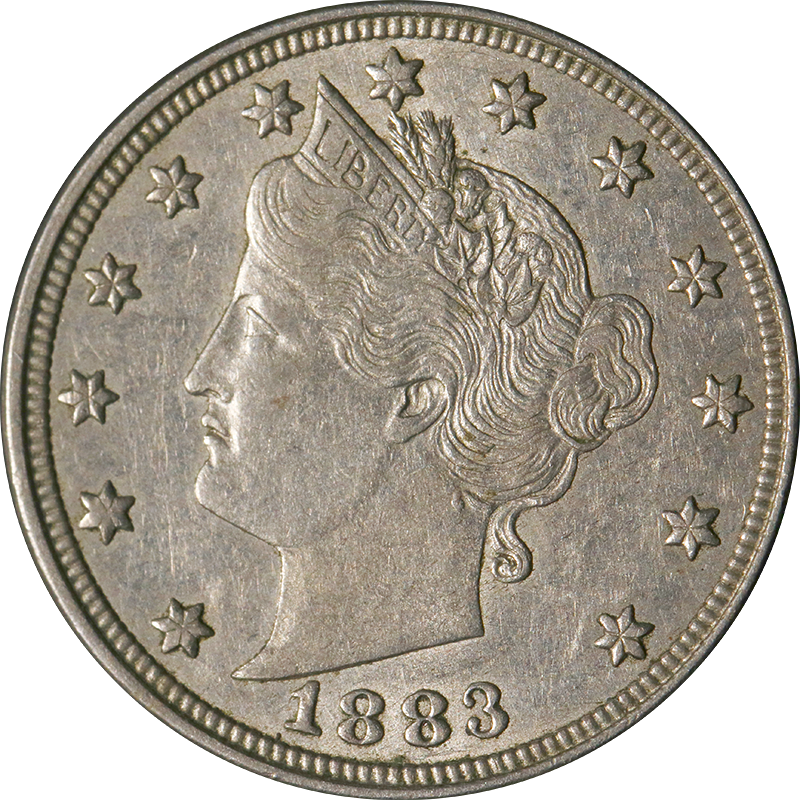 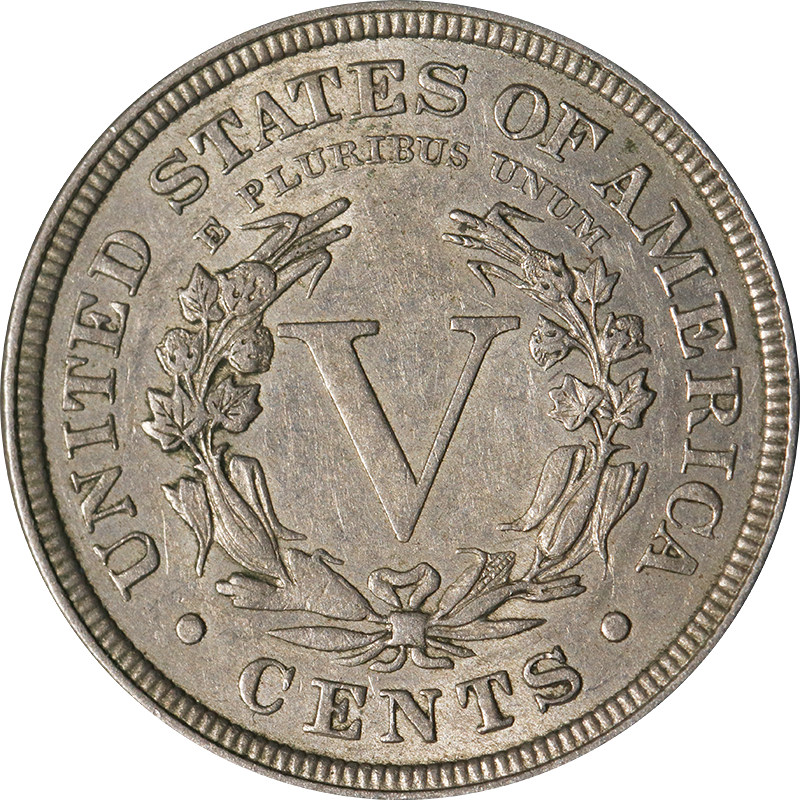 The V nickel came to be because of the problems the mint was having with its predecessor, the Shield nickel. The V nickel got its name from its reverse design which depicts the roman numeral V, which means five, for its five cent value. The V was surrounded by a wreath, arching across the top of the reverse was “United States of America”, and curving across the bottom was the phrase “E Pluribus Unum”. The V nickel’s obverse contained the left facing head of liberty surrounded by 13 stars. Shortly after release the word “Cents” was place at the bottom and the phrase “ E Pluribus Unum” was moved above the V.

These V nickels are very popular amongst collectors, some uncirculated editions costing from hundreds to thousands of dollars. Although there is no silver content in the V nickels, they remain popular due to their age and rarity of the well preserved coins.

The V nickel was minted from 1889-1913, it was minted in Philadelphia, Denver, and San Francisco. However, in 1912, the V Nickels were only produced at the Denver and San Francisco mints. Each V Nickel's mint mark can be found on the reverse lower left hand side of the coin. There are very few known V nickels that were minted in 1913 this particular coin is extremely expensive!

The V Nickel is composed of 75% copper and 25% nickel. Some of the key dates in the V Nickel series are as follows: