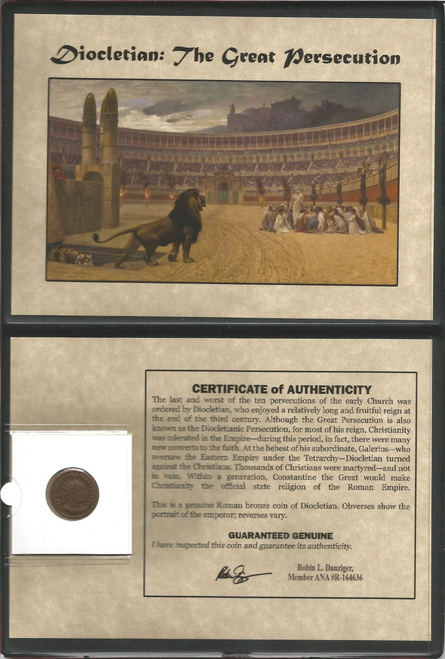 The last and worst of the ten persecutions of the early Church was ordered by Emperor Diocletian, who enjoyed a satisfying reign over the Roman Empire at the end of the third century. Thousands of Christians died in defense of their religion. This was not in vain, as merely a generation later, Constantine the Great would make Christianity the official state religion by establishing the Holy Roman Empire. This is your chance to own a museum-quality coin that came from a time where empires were about to change! The album comes with a certificate of authenticity and a detailed description of the history of the coin.