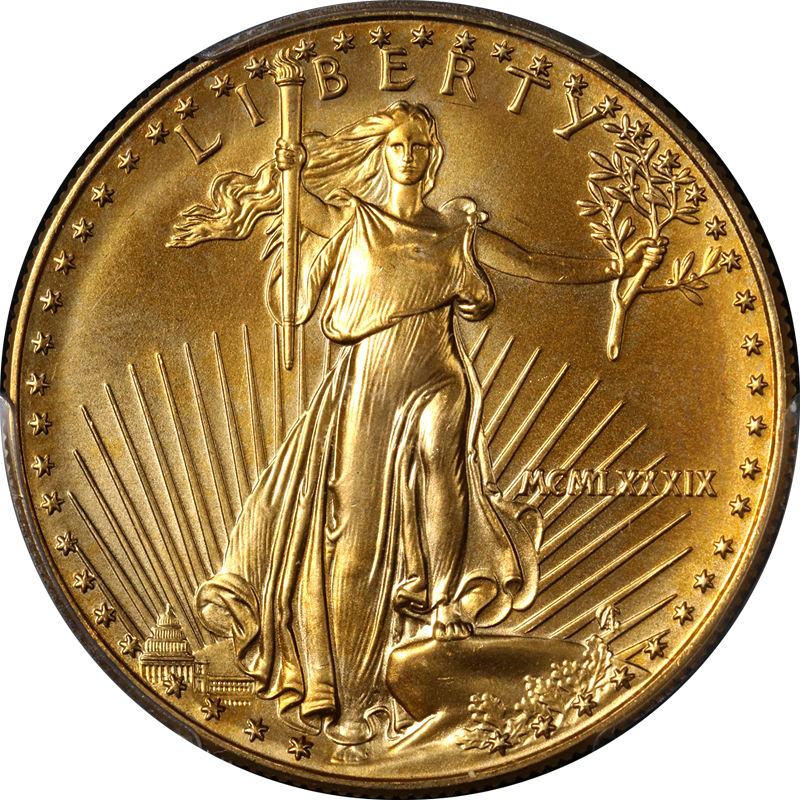 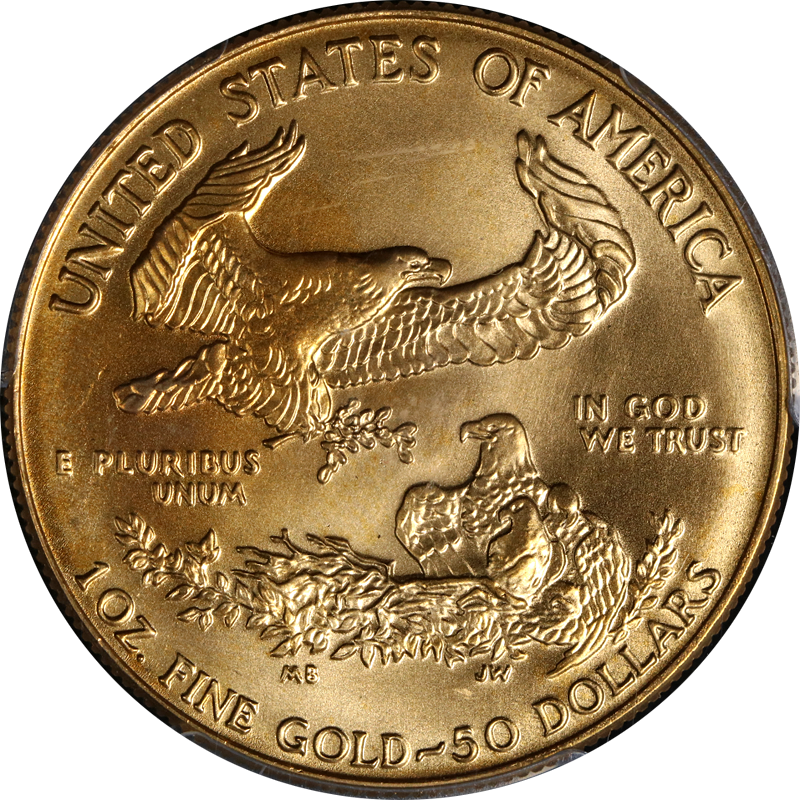 The American Gold Eagle coins consist of $5, $10, $25, and $50 face values. All of the values have the same obverse designed by Augustus Saint-Guadens. The design was taken from Augustus Saint-Gaudens original design he used for the Saint-Gaudens double eagle back in 1907. The design consisted of a fully body Liberty wearing a long flowing dress, she held a torch and an olive branch. She stood above the rising sun. The reverse was designed by Miley Busiek. It depicts an eagle landing in its nest, it drops down to greet its family.