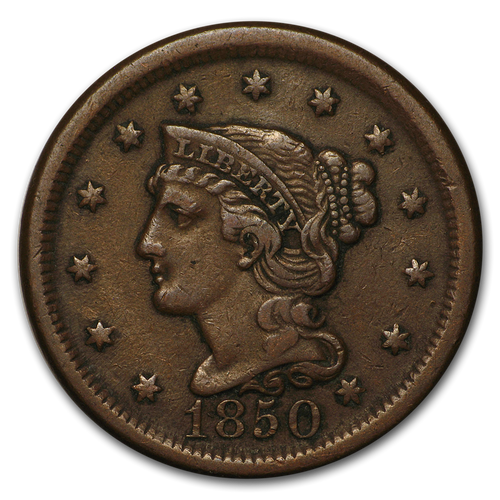 By the year 1857, the cost to produce and issue copper coins had gotten too high. The U.S. Mint was forced to come up with an alternative for the short lived Large cent which was made of PURE COPPER. After the large cent, all U.S. pennies were much smaller were only composed of .880 pure copper until they eventually had almost no copper like they do today. Every Large Cent was only minted at the Philadelphia mint.

We just got in a really nice batch of these, which are much nicer than the ones we typically find. This is a rare opportunity to own a Large Cent at a price that we had not been previously able to offer them at!