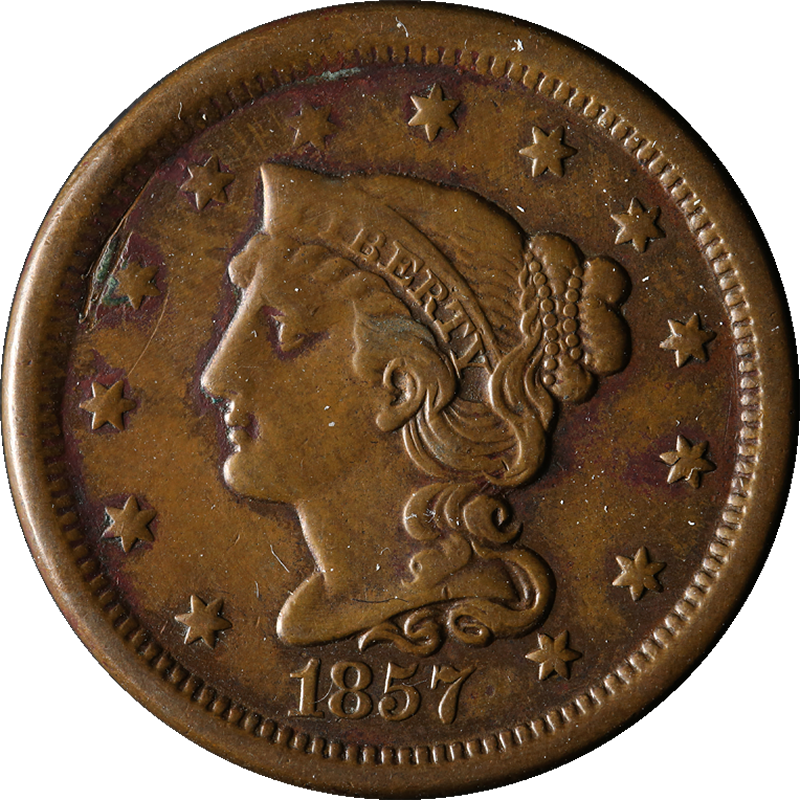 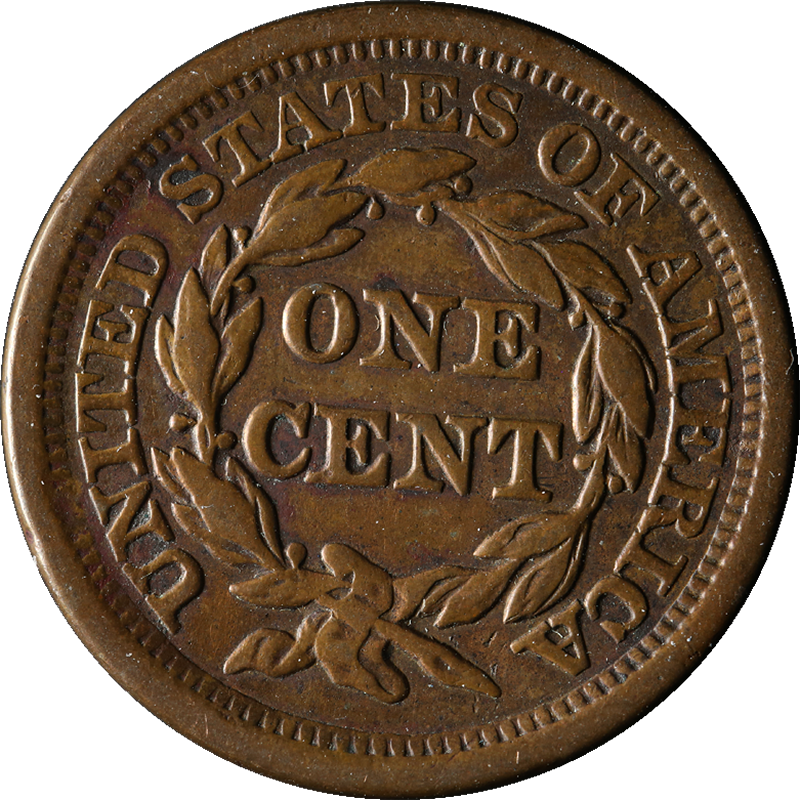 The Large cent was one of the first coins ever minted by the U.S, mint. It was also the first variation of the U.S. penny. Each Large Cent had a face value of .01c, but of course are worth much more today, even in circulated condition. It may have the same face value as a current penny, they have their differences, such as their size. The Large Cent is nearly the same size as a current half dollar, whereas the current Lincoln Penny is much smaller in size.

The Large cent has various designs. Probably changing many times due to how long it was minted for and it being the first coin that held a value of one cent. Its first design was the flowing hair cent, that design consisted of a bust of Liberty with flowing hair on the obverse, on the reverse was a ring of chains with the words “One Cent” in the middle. This was a very controversial design as many people thought the chains symbolized the designers support of slavery. As a result, the design was changed in 1793 and featured the same obverse, but the reverse changed to a wreath. Thereafter, in 1794 the design changed once again and this time featured a lady liberty with much neater hair with a cap and the reverse changed to a laurel wreath. This design was called the Capped Bust design. Once again in 1796 the design changed. This time a engraver named Robert Scot changed the obverse design to a right facing lady liberty. Lady Liberty featured a ribbon in her hair a drapery. The reverse changed to a olive wreath. Thereafter in 1808 the design of the Large Cent changed yet again and was now known as the Classic Head Large Cent. This time, the obverse of the coin featured lady liberty with what appeared to be a crown. Last but not least, the Large Cent was changed once more in 1816 and in 1835. In 1816 Lady Liberty was made to look more mature, only to be reverse in 1835 when made to look more young. In 1835 a braid was placed in lady liberty's hair to make her appearance more young.

The Large cent was first minted in 1793 and was minted every year until 1857, with the exception of 1815. It was only minted in Philadelphia. Many of the dates are key for collectors of this coin, but some more significant than others. Some of the key dates in the series include the following:

-1793 Chain Cent (including both the flowing hair design and the cap design can cost over $100,000 depending on its condition)