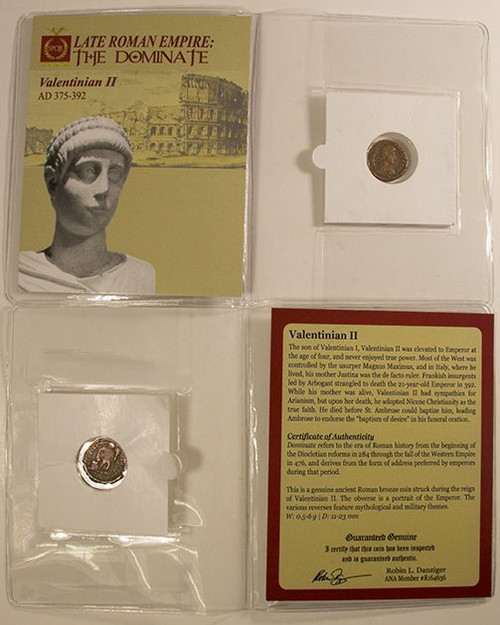 His reign was a harbinger of the Roman empire in the fifth century, when children or nonentities, reigning as emperors, were controlled by powerful generals and officials. On his fathers death in 375 CE, the 4-year-old Valentinian II was proclaimed emperor by his fathers Frankish generals. Passing over his older brother Gratian, Valentinian remained a puppet of the generals his whole life. He committed suicide in 392 CE.
×