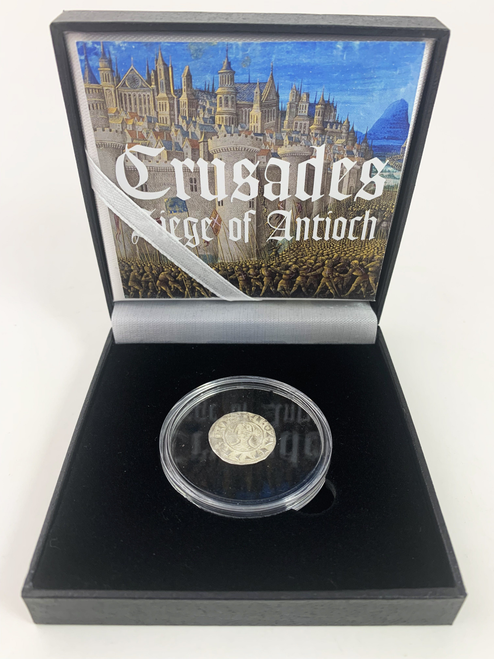 The Crusades were a series of holy wars to spread Christianity across the Old World. Those who ”took up the cross,“ or crux, were described by contemporary writers as pro cruce, which led to our word Crusader. There were eight sanctioned crusades throughout the years.

This silver denier from the Principality of Antioch, was issued by Bohemond III (1149-1163), a descendent of Bohemond of Taranto, who seized Antioch in 1098, an incredibly important move in First Crusade. The obverse features la croix pattée, or the footed cross, one of the most common pieces of imagery associated with the Crusades. This incredible coin is a remnant of the sheer power and influence of the Holy Roman Empire that is perfect for any historical coin collector.

Crusaders vs. Christians: Box of 2 Coins of the Fourth Crusade