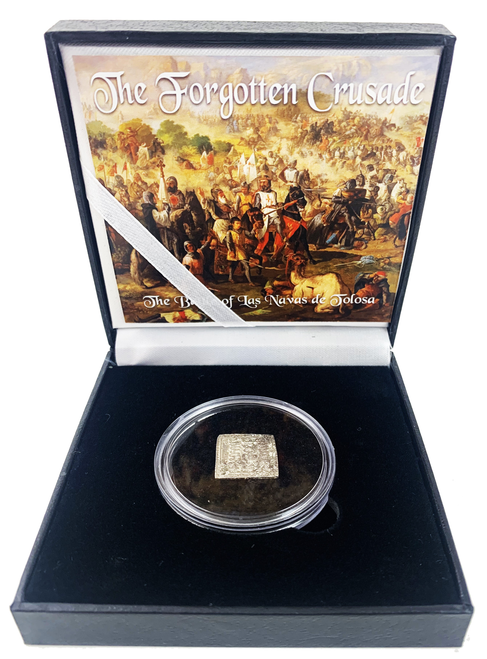 The Crusades were a series of wars over 200 years to return lands in Europe and the Middle East to Christianity. The Iberian peninsula had been conquered and converted to Islam in the 700s. The Crusade to return the area to Christianity in 1195 is a much forgotten Crusade. Over 17 years, Alfonso VIII of Castile fought the Almohad caliphate. In 1212, Alfonso again attacked the Almohads at Las Navas de Tolosa, this time with a coalition of Christian kingdoms behind him after gaining support of Pope Innocent II. After flanking the Almohads by sneaking through a canyon, the Christians triumphed. This coin is a silver dirham of the Almohad dynasty, used by both sides during this little-known crusade. This coin is riddled with history, and is presented in an elegant black box. It will also come with a story card and certificate of authenticity. Add this coin of the forgotten Crusade to your silver collection today!

Crusaders vs. Christians: Box of 2 Coins of the Fourth Crusade

Siberian Intervention of 1918-22; A Set of Two Banknotes Album