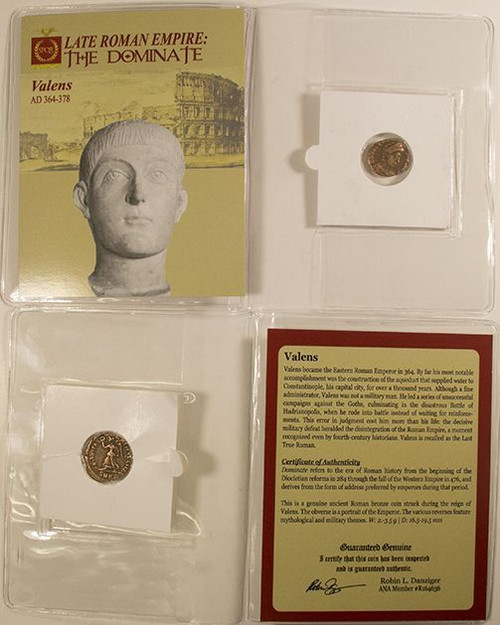 Valens was given the eastern half of the empire by his brother Valentinian I, after the latter's accession to the throne. Valens, sometimes known as the Last True Roman, was defeated and killed in the Battle of Adrianople by a Gothic army, a history changing event that marked the beginning of the collapse of the decaying Western Roman Empire.
×