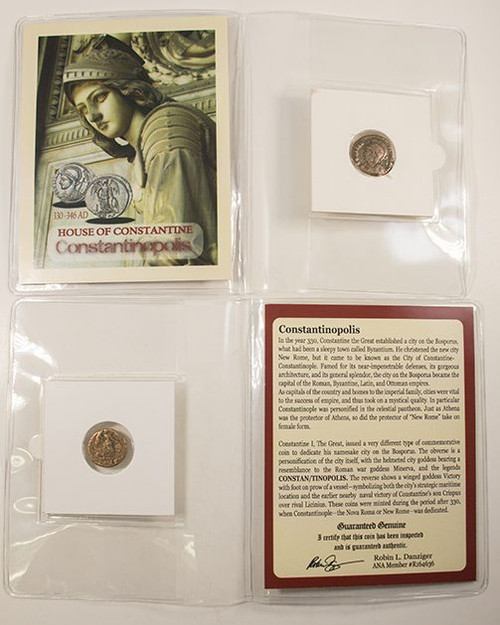 Istanbul in Turkey, was officially known by its ancient name of Constantinople until 1930, a name it had been known by since 300 CE, when it was re-founded by the emperor Constantine the Great. This coin commemorates Constantines transfer of the capital of the empire from Rome to this location, in that year. Byzantium as it was then known, being renamed Constantinopolis, or the city of Constantine, in his honor. It was ideally located between Europe and Asia, enabling Constantine to refocus the empire eastwards. An issue celebrating Urbs Roma, the City of Rome, was issued at the same time.
×