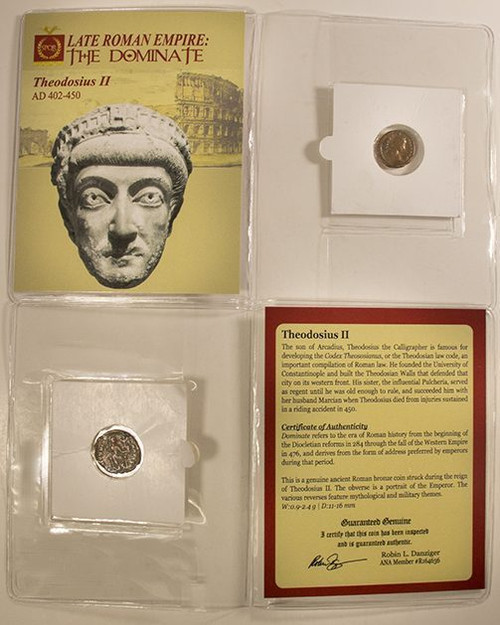 Theodosius II, known as Theodosius the Calligrapher was emperor of the Eastern of Roman Empire. He is mostly known for promulgating the Theodosian law code, and for the Theodosian Walls of Constantinople. He also presided over the outbreak of two great religious controversaries within the Christian church, Nestorianism and Eutychianism, a distraction that the empire could ill afford to engage in at this time. Roman Africa fell to the Vandals in 439 CE, whilst the Persians attacked from the east, followed by an attack from the Huns in 443 CE, bought off with a bribe of 2,100 pounds of gold.
×