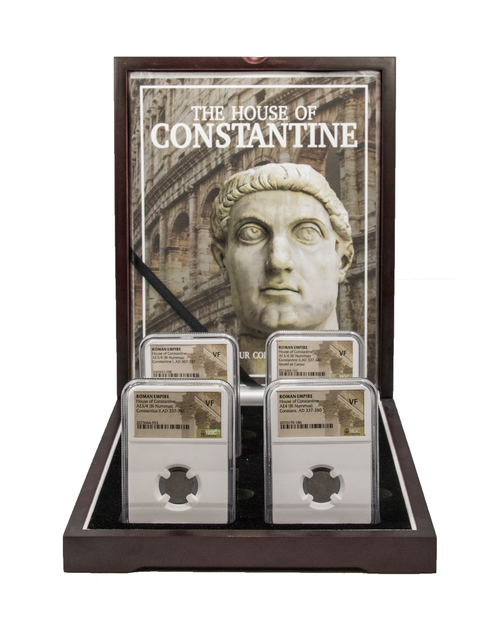 Constantine was one of the most famous Roman Emperors in history, as he ushered in a new age of the Roman Empire - the Eastern Roman Empire. Changing the capital from Rome to Constantinople, Roman culture evolved with a new focus on Christianity.  His dynasty was great, with his 3 sons later continuing his legacy: Constantine II, Constantius II, and Constans.

This set contains four genuine ancient Roman bronze coins struck during the House of Constantine. Each coin's obverse is a portrait of the respective Emperor at the time. The various reverses feature mythological and military themes following in Roman tradition. Each piece is certified authentic by NGC, the leader in Ancient coins, in Very Fine (VF) condition. The set is housed in a beautiful wooden box for display. Can you believe you're getting FOUR NGC Certified Roman coins for a price this low?!