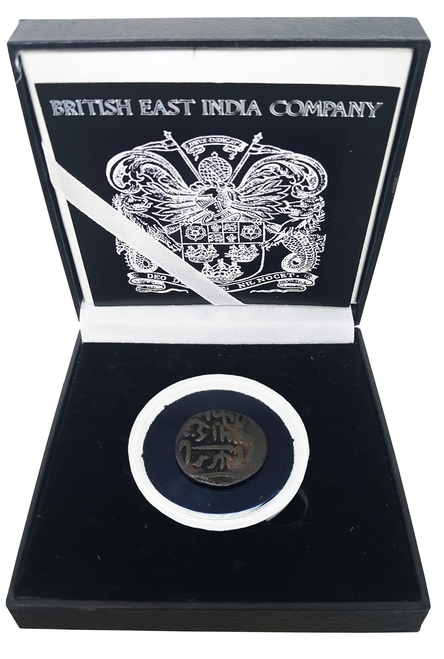 The British East India Company was at one point in time the most powerful and prosperous companies in the world. They accounted for over 25% of the world's trade at their height, which is something the behemoths such as Amazon, Walmart, and Alibaba could only hope to achieve in this day and age!

The EIC had the full powers of a sovereign nation, meaning it could mint money, enact and enforce laws, raise armies, and wage war outside of British rule. Eventually, the EIC was given control of India. A company, rather than a government, was effectively the ruler of one of the largest territories on earth for a full century! Minted by the EIC in India for the Bengal Presidency, this 19th century copper pice coin features Persian script. This piece comes with a lovely display box, story card, and certificate of authenticity. Add this fascinating piece to your collection today!