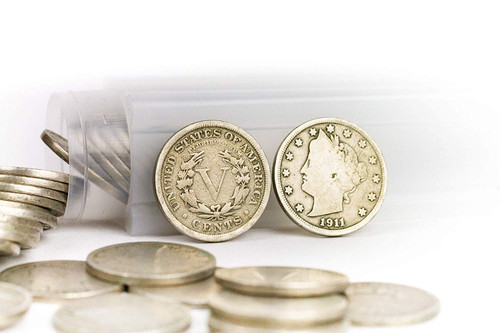 The "V Nickel" is best known for the fact that it was originally minted without the word "Cents" on the coin in 1883. Only a little ways into the year, it was realized that people were plating these coins in gold and trying to pass them off as $5 Gold Coins! And you bet, $5 was a fair amount of money in 1883! The word "Cents" was added later in 1883, to put an end to this. The "V Nickel" has one of the most iconic designs with a left facing Liberty Head on the obverse and a large roman numeral "V" on the reverse. Finding rolls of these in nice condition, with full dates and details as these have is no easy feat!