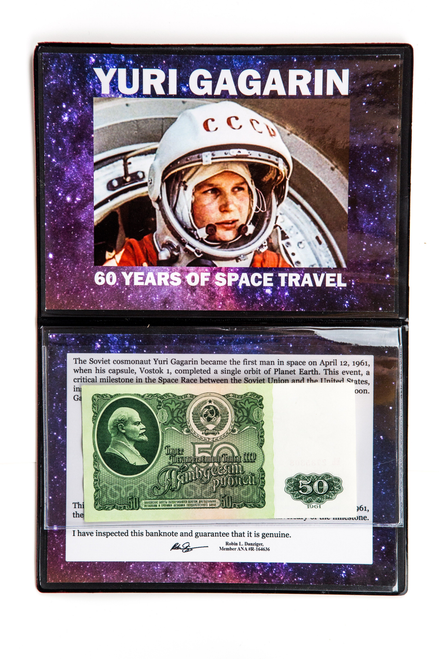 A legend of space travel, Yuri Gagarin is known for being the first man in space on April 12, 1961. His famous journey was within the Vostok 1 as it completed a single orbit of the Earth. This was a critical moment in the Space Race between the Soviet Union and the United States. This event then pushed JFK's mission to the moon.

2021 marked the 60th anniversary of Gagarin's historic journey! This 50 rubles banknote featuring a portrait of Vladimir Lenin was issued the same year as Gagarin's feat. This stunning outer space themed album features a story card and certificate of authenticity. Remember the most important journey of Man with this incredible piece!