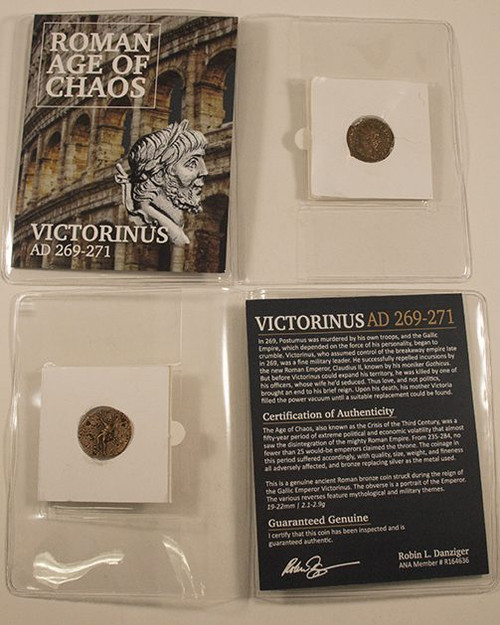 Victorinus was the third emperor of the rebel Gallic-Empire that briefly took control of Britain, Gaul and Spain. He was an able soldier who rose to power under Postumus, the regimes founder. Implicated in the death of its second emperor, Marius, he assumed the purple on his elimination. Victorinus was murdered by an Attitianus, one of his officers, whose wife Victorinus had supposedly seduced. Since the motive was personal and not political, Victorinus' mother, Victoria, was able to continue to hold power after his death and arranged for his deification.
×