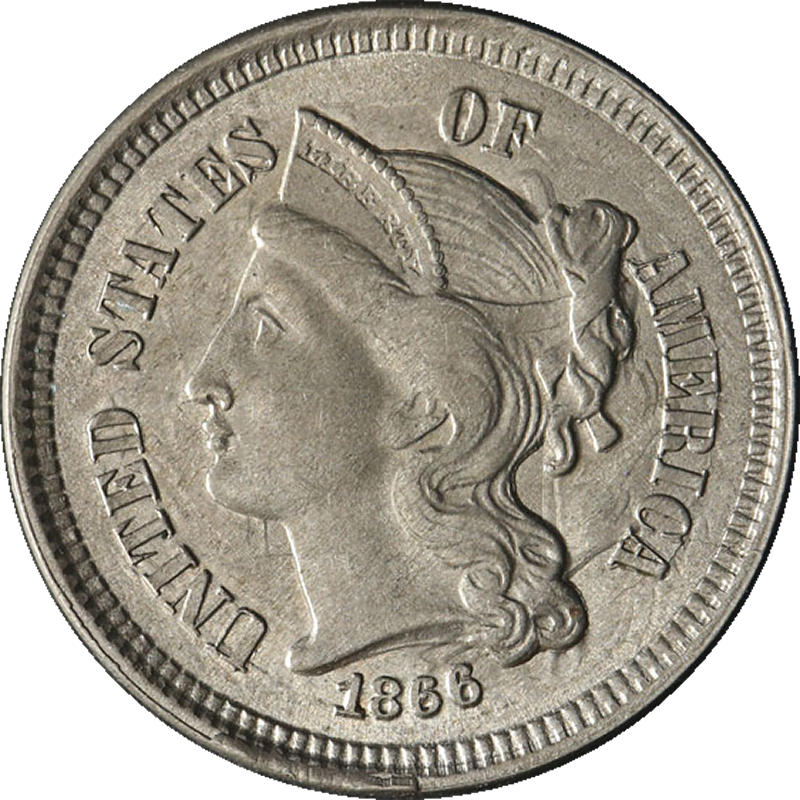 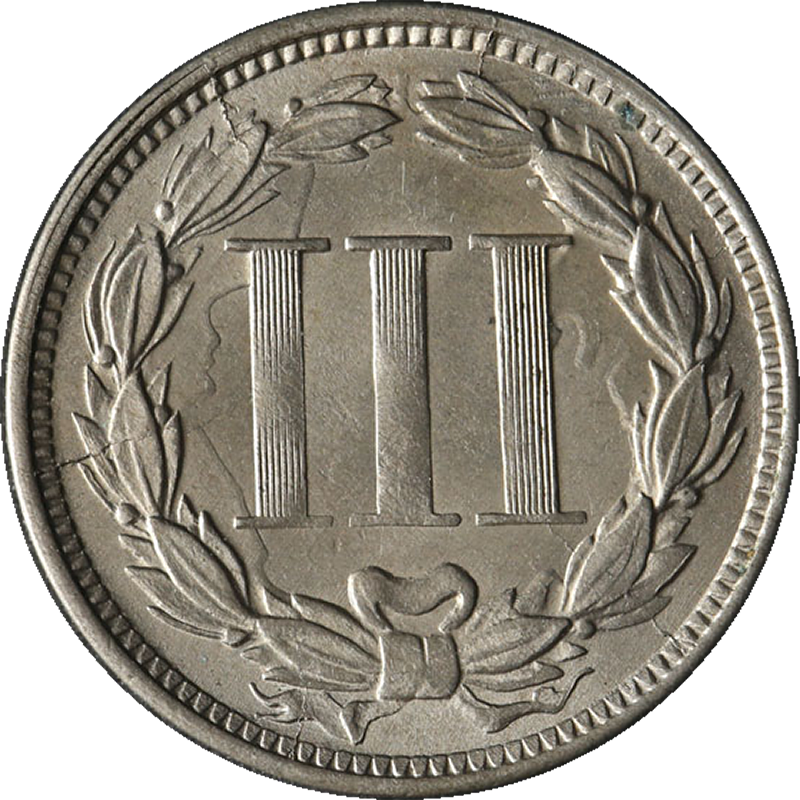 The Three Cent Nickel’s designer was James B. Longacre, its design consisted of the head of a left facing image of Liberty. Around Liberty’s head lied “United States of America”, underneath was the year it was minted. The reverse of the Three Cent Nickel was the roman numeral III surrounded by a laurel wreath.