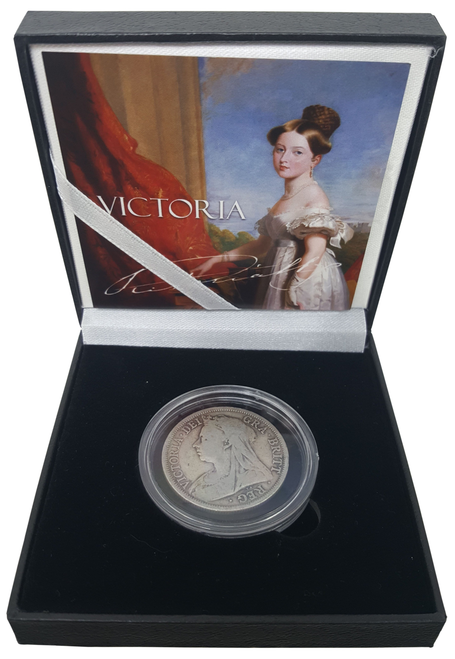 When you hear Queen Victoria, what do you think of? Queen Victoria is associated with the Golden Age of the British Empire, when her nation was the world’s greatest power, hence the quote "The sun never sets on the British Empire". Born Alexandrina Victoria in 1819, the grand-daughter of George III only inherited the throne because her late father’s three older brothers died without legitimate heirs. She became Queen in 1837, at the age of 18, and ruled until her death in 1901.

While possibly the most unlikely heir to the throne, she then had the longest reign. Her children married into royal families throughout the continent, earning her the nickname ”Grandmother of Europe.“ Victorian England is now synonymous with wealth, innovation, and industry. This silver shilling features a veiled portrait of Queen Victoria. Presented neatly in a display box, this silver shilling comes with a story card and a certificate of authenticity. This coin from one of the most famous eras in recent history belongs in your collection!