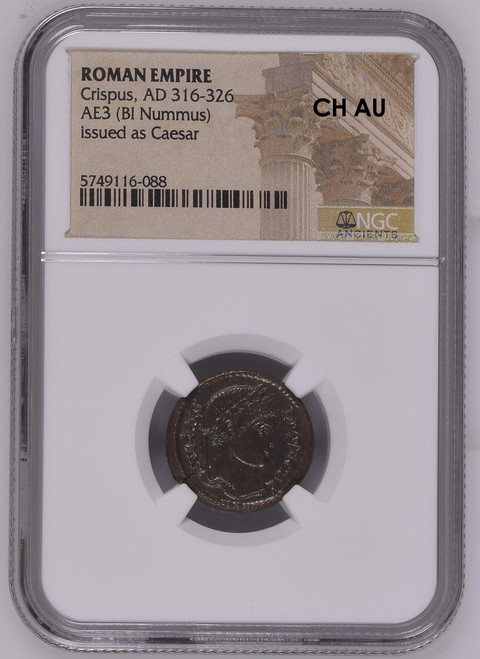 Flavius Julius Crispus was the eldest son of the Roman emperor Constantine the Great and his junior Emperor from March 317 until he was executed by Constantine in 326. Crispus ruled from Roman Gaul between 318 and 323. That was until Constantine declared himself and his dynasty to be the role ruler of the entire empire, and he put Crispus to death in 326. After execution, Crispus was subject to damnatio memoriae, which was an effort to remove him from history by Constantine.

This Bronze coin dates from 317-326 AD. It is NGC Certified to be authentic and in CH AU condition. Choice Almost Uncirculated coins are estimated to be between 55-58 on the Sheldon Scale. This is an excellent piece of Roman history that has been long forgotten, but can now be remembered for years in your collection!
Highlights:
×