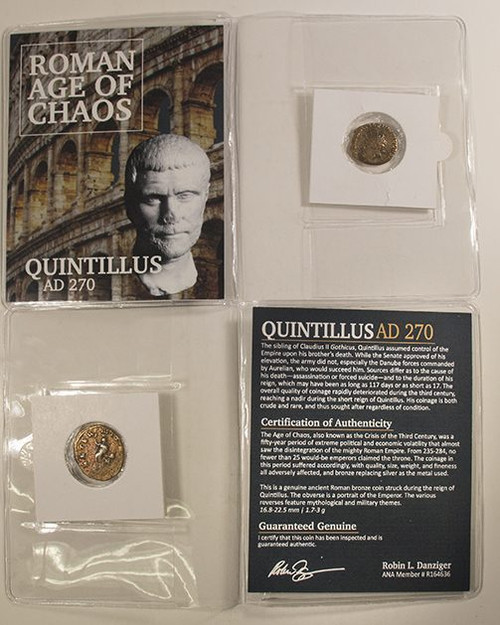 Quintillus, like many of the other Illyrian or Barracks Emperors, who succeeded in holding together the empire at the end of third century CE, was from tough Western Balkan peasant stock, the modern day former Yugoslavia, especially Serbia. Rising through the ranks of the military during the reigns of Valerian and Gallienus, despite their short reigns they can be credited with saving the empire for another 100 years or more. The brother of the celebrated Claudius Gothicus, he succeeded his brother for only a few months, falling victim to a military coup.
×