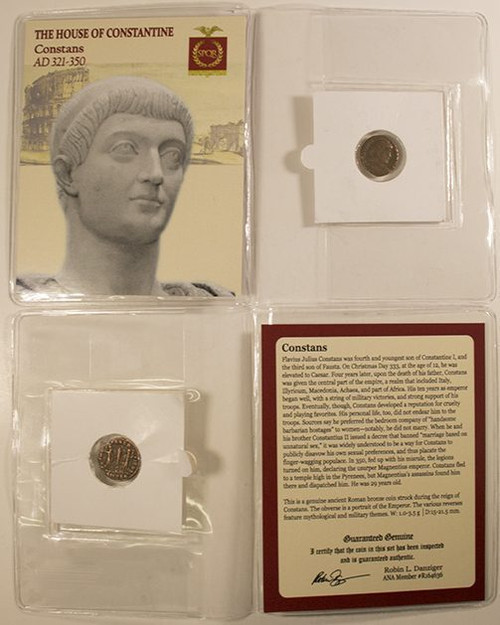 Constans was a son of Constantine I, he defeated and killed his brother Constantine II, in a dispute over territory, making Constans sole master of the west. In 350 CE, a general called Magnentius rebelled against him, forcing Constans to flee. He was caught and killed at a place called Helena in the Pyrenees. An alleged prophecy at his birth
×