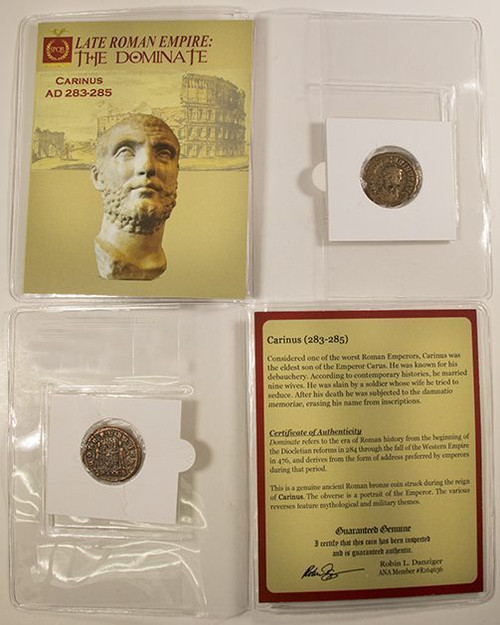 Carinus, was first appointed Caesar in 282 CE and then in 283 CE co-emperor by his father, the emperor Carus (282-283 CE). He was killed along with his father and co-emperor brother Numerian in an army coup organized by the future emperor Diocletian. After his death, Carinus' memory was officially condemned in the Roman manner known as Damnatio Memoriae. His name, along with that of his wife, was erased from inscriptions.
×