What Makes my Silver Eagles Worth Money?? 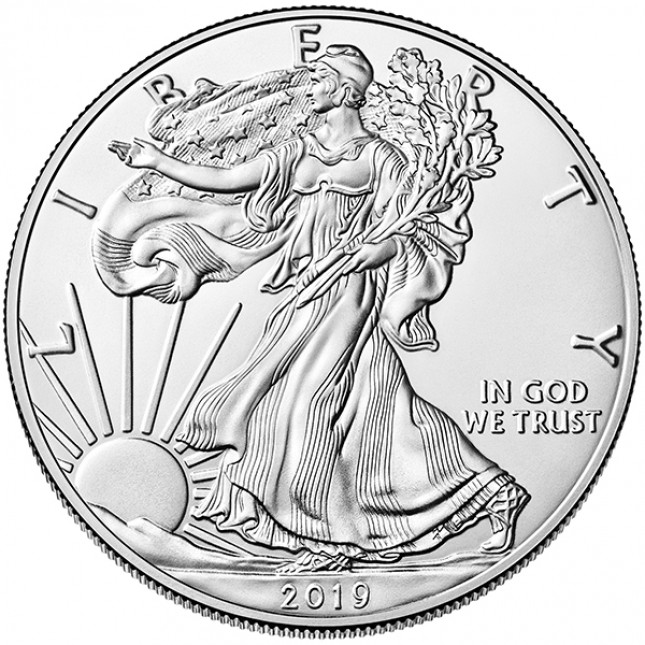 Silver Eagles, just like any other coin, vary wildly in value. Some Silver Eagles can be worth as little as a few dollars over the spot value of silver, while others go for 5 figures! As a collector or investor of modern rare coins, it is important to understand where the value comes from and what makes a coin worth its weight in silver and what makes another worth big money…

There are various factors that affect the value of an American Silver Eagle. First and foremost, the mintage of the coin is a very important factor. Naturally, the lower the original mintage of a Silver Eagle, the more scarce that particular coin is. The lowest mintage in the Mint State Silver Eagle series was the 1996 Silver Eagle at only 3,603,386. However, in 2018, savvy collectors discovered that roughly 79,000 coins had been minted in 2015 at the Philadelphia mint. Collectors realized that there were differences in Silver Eagle Monster Box packaging as well as varying serial number variations on the boxes. This led to an inquiry under the fair disclosure act to determine if coins were being minted at mints other than the West Point Mint. The U.S. Mint shortly thereafter admitted that roughly 79,000 coins had indeed been minted at Philadelphia. Therefore, the 2015(P) American Silver Eagle took the spot as the lowest mint state American Silver Eagle ever. However, if you accumulate the total mintage from all mint locations in 2015 the 1996 would still be the lowest mintage ever in the series.

A second factor that makes a Mint State American Silver Eagle rare is the condition. Raw coins typically trade for less than a certified 69 or a perfect grade 70 coin would. Collectors like to know and have peace of mind that a third party, such as NGC has certified that the coin. The grading typically takes the guess-work out of what grade the coin could be. The higher the grade, the more valuable the coin actually is. Naturally there are only a few perfect grade 70 coins and many collectors are chasing them for their sets. This pushes up the prices of these perfect grade 70s. The most expensive Mint State 70 American Silver Eagle is the 1999. The 1999 was not the lowest mintage by any means, but is worth so much because there are so few graded in perfect 70. According to NGC as of 4/10/19, there are only 248 graded and the piece is valued at $23,000! Furthermore, 1999 is one of the years where very few coins were minted well and even developed "milky spots," which prevent the coins from grading in perfect 70. "Milky spots" are white spots that develop on coins after they leave the U.S. Mint facility. The U.S. Mint has tried to address these issues, however has yet to completely solve the issue. Often you will hear collectors of American Silver Eagles asking whether or not a perfect 70 grade is clean with no spots. Currently, milky spots on American Silver Eagles can significantly devalue the coin in comparison to spot free coins. Another major issue with the American Silver Eagle is toning. Once again toning develops over time and typically happens when coins are not stored properly or are exposed to natural elements. There are two different types of toning that can develop: attractive toning (rainbow, gold, etc.) or unattractive toning (brown, black). American Silver Eagles with natural, attractive toning often trade for high premiums, while unattractive toned American Silver Eagles will trade for substantial discounts.

A third factor that affects the value of a American Silver Eagle is the time value associated with a particular coin. The older the coin, the more time value that is attributed to the coin. Time value is important but is not always as cut and dry as one would believe it to be. Sometimes, age makes a coin more valuable than its younger counterparts, however this is not always the case. For instance a 1986 Silver Eagle NGC MS70 is worth less than a 1999 Silver Eagle NGC MS70, even though the 1999 is not as old. One should look to the first factor of mintage to help understand why the 1999 is worth more than the 1986.

Another factor to consider is sheer supply and demand. The more collectors that want a particular piece, the more valuable a coin typically becomes. Often new issue American Silver Eagles will rise in price when there is tremendous demand for them and then later come back to reality once the rush is over. However, there are cases where the coins will continue to increase in price because there is so much demand and not enough supply. An example of this is the 2017-S Proof Silver Eagle.

Although these four factors are not the only factors that drive the value of Silver Eagles, they certainly serve as some of the major ones in determining value. These insights are sure to provide coin collectors a base knowledge of how to value a Silver Eagle.

*These are solely the opinions of Bullion Shark, LLC and are not intended to be used as investment advice. Please consult an investment adviser before investing.*