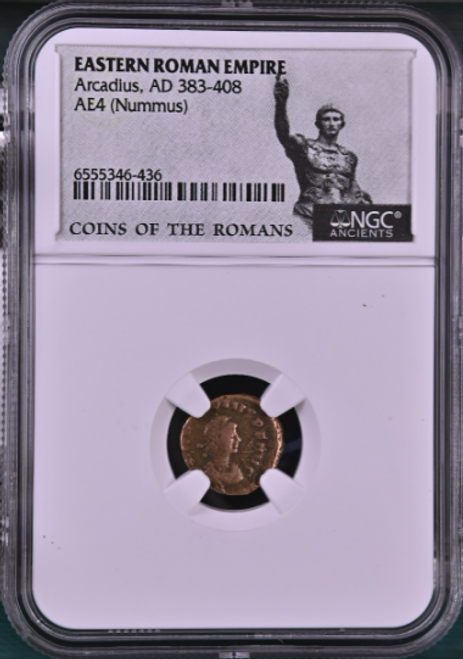 Every ancient coin from the great Roman Empire represents a specific period in the empire's history, good or bad. This AD 383-408 Bronze Roman Arcadius is a relic of the late Eastern Roman empire, during a tumultuous time. Emperor Flavius Arcadius was the elder son of Emperor Theodosius I and Aelia Flaccilla. Like many children of Roman Emperors, he was spoiled by growing up in luxury, and was a weak and unfit ruler. Arcadius ruled poorly while Rome was under constant siege by many different barbarian tribes. This piece is certified authentic by NGC, and is holdered with an exclusive Coins of the Romans label. This beautiful ancient Roman coin signals the future downfall of the empire, and will make an excellent addition to your collection.