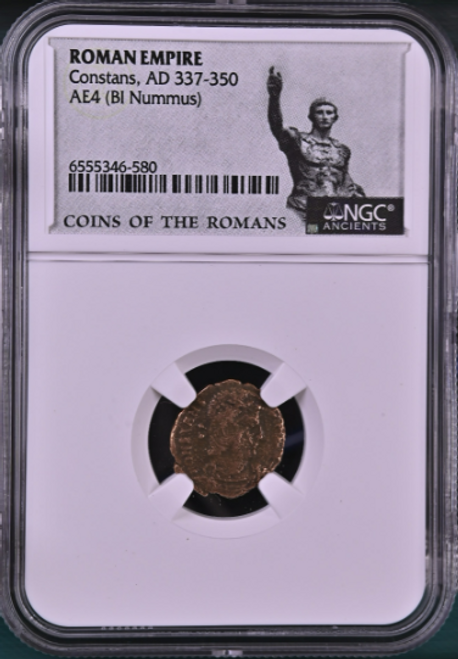 Son of Constantine the Great, Constans shared the empire with his two brothers, Constantius II and Constantine II. Constans ruled the central empire, but over the years became cruel and vapid. By the end of his decade of rule, his people despised him so much that they supported the usurper Magnentius in overthrowing him. He fled to the Pyrenees, but was assassinated at just 29 years old. The dynasty of the House of Constantine is one of the most famous families in the history of the Roman Empire, both for the length of their rule and their immense influence in spreading Christianity throughout the empire. Certified authentic by NGC and holdered with an exclusive Coins of the Romans label, this is an incredibly important piece to add to your Roman Coin collection!