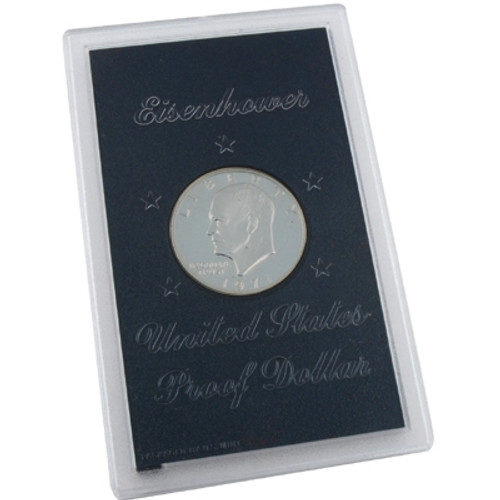 The United States Mint produced a limited number of 40% Silver Eisenhower Dollars during its run. This 1971 Eisenhower Dollar was the first year of release, and as a proof version it was released in faux wood patterned government packaging. Hence the name, "Brown Ike."

This uncirculated GEM Proof is stunning and still in its government issued case! Fewer than 7 million were produced in the 1971 release. These proofs are much more desirable than a loose uncirculated piece. The secret to their stunning finish is beng struck 2x under tremendous pressure at the U.S. Mint. We only have a few of these available, so beef out your collection with these while you can.