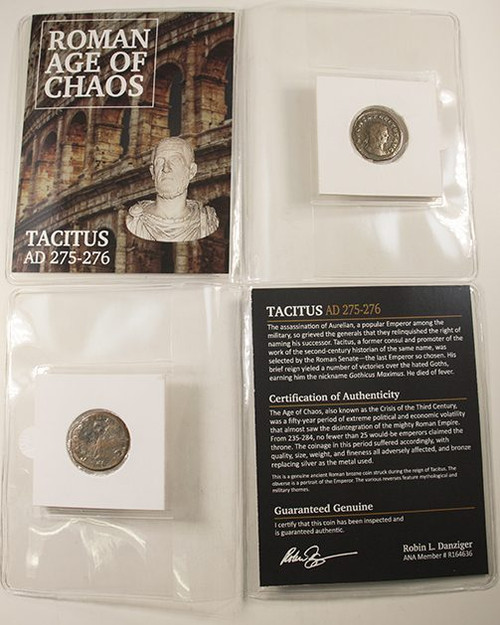 Tacitus was Roman Emperor from 275 to 276 CE. During his short reign he campaigned against the Goths and the Heruli, for which he received the title Gothicus Maximus. Italian born, an increasingly rare attribute for emperors of this period, he was chosen as emperor by the Senate. A respected statesman, claiming descent from the famous Roman author Tacitus, he died of the plague on campaign.
×