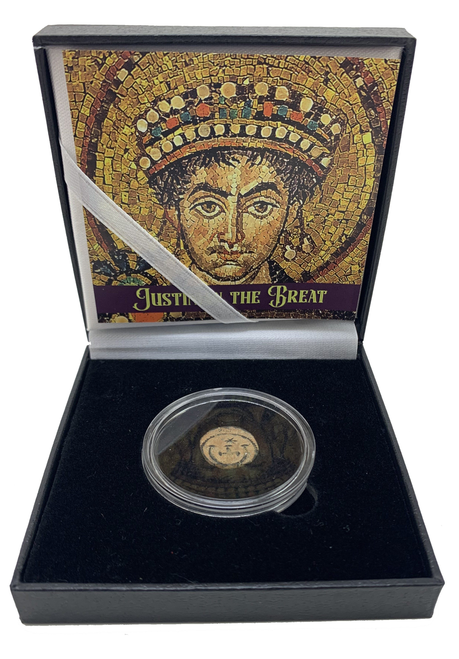 Justinian I, also called Justinian the Great, was indeed one of the greatest of the Byzantine Emperors, second only to Constantine I himself. He reigned from 527 to 565 alongside his wife Theodora. During his reign he ambitiously sought to restore the Empire.

He sent his generals to reclaim lands lost to the barbarians, and he almost succeeded were it not for a vicious plague that wiped out his army. During his reign, Byzantium flourished with Constantinople becoming the epicenter of Christianity until he passed away at age 83. This incredible coin was minted and circulated during Justinian's reign. It comes with a certificate of authenticity and story card. Make this incredible artifact a part of your collection today!