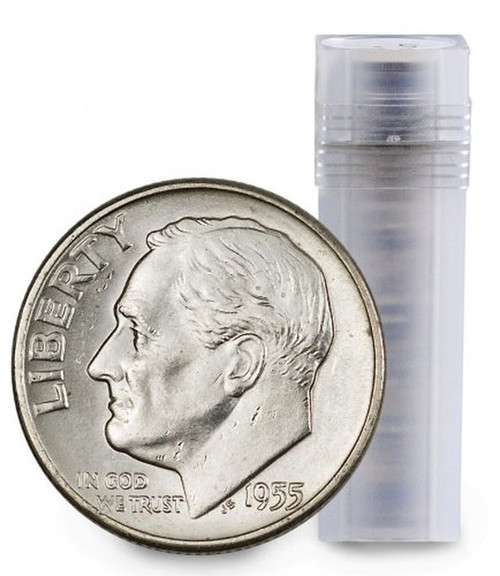 Silver Roosevelt Dimes are a fan favorite among coin collectors due to their precious metal content and affordability. These Roosevelt Dimes consist of 90% silver and were minted in 1955 at the Philadelphia, Denver and San Francisco Mints. While most Roosevelt Dimes had hundreds of millions minted in a given year, 1955 saw less than 55 million coins minted between all three mints. This makes 1955 Roosevelt Dimes some of the lowest mintage pieces in the entire series! The only one with a lower mintage is the ultra rare 1949-S Dime, which is worth $2,000 per roll! Believe it or not, the mintages of these 1955 pieces and the 1949-S are almost the same. The Red Book, one of the most respected price guides for U.S. coins, values these coin in choice uncirculated at $200 per roll of 50. You are buying these at 30% below their Redbook value!